No doubt, the fantasy football season is a ton of fun. However, it can also be stressful. Yes, there’s nothing quite like being down a starter to injury in the middle of a playoff run. Imagine how those that started Derek Carr feel. While it was great to see Marcus Mariota out there having fun, Carr’s point total is likely to have some fantasy managers in a panic (If indeed a Carr-led team made the playoffs).

There isn’t much that can be done when it comes to in-game injuries; but the more knowledge acquired ahead of game time, the better. Even moreso in the playoff rounds, for football doth not care about your fantasy squad. With star receivers set to miss this week, and a quarterback great returning from injury, there’s no shortage to discuss in this edition of The Infirmary!

McSorley has played decent in spot relief over the past few weeks. Taking over in Week 9 for Robert Griffin while Lamar Jackson was on the COVID list, McSorley threw for 77 yards and a touchdown. Now that he’s headed to inured reserve, and with Griffin still a week away, Tyler Huntley will be called up from the practice squad to provide backup duties. However, this week the IR section is more about who is returning.

Drew Brees will make his first start since Week 10, and it comes in a showdown with the defending champions. The Saints offense has had its ups and downs with Taysom Hill under center, so Brees’ return should bring some consistency. Julian Edelman and Devonta Freeman have both returned to practice, and will look to get in some game action before the season ends. Neither’s return moves the needle. While Edelman’s return would surely boost Cam Newton and the Patriots offense, it’s simply too late in the season to matter.

Gaskin appears set to miss another week, which momentarily puts DeAndre Washington once again in the starters seat. Yuck. There is a chance, however, that one of the other Miami backs may return. As for Jones, he’ll miss Sunday’s game and Leonard Fournette will lead the charge in relief. Rookie Ke’Shawn Vaughn has yet to make a significant impact this season, but this Sunday may be as good a chance as any.

This is Vaughn’s chance to remind everyone exactly why he was hyped during the offseason.

Fantasy managers will once again be without Jones and Golladay. As for Thomas, his absences aren’t anything new this year, either. However, to lose him at playoff time when Drew Brees is returning is disheartening. Making matters worse, he appears set for IR, which would take him out for next week’s fantasy championship matches as well. With Marquez Callaway on the reserve himself, fantasy managers should again look to Tre’Quan Smith. 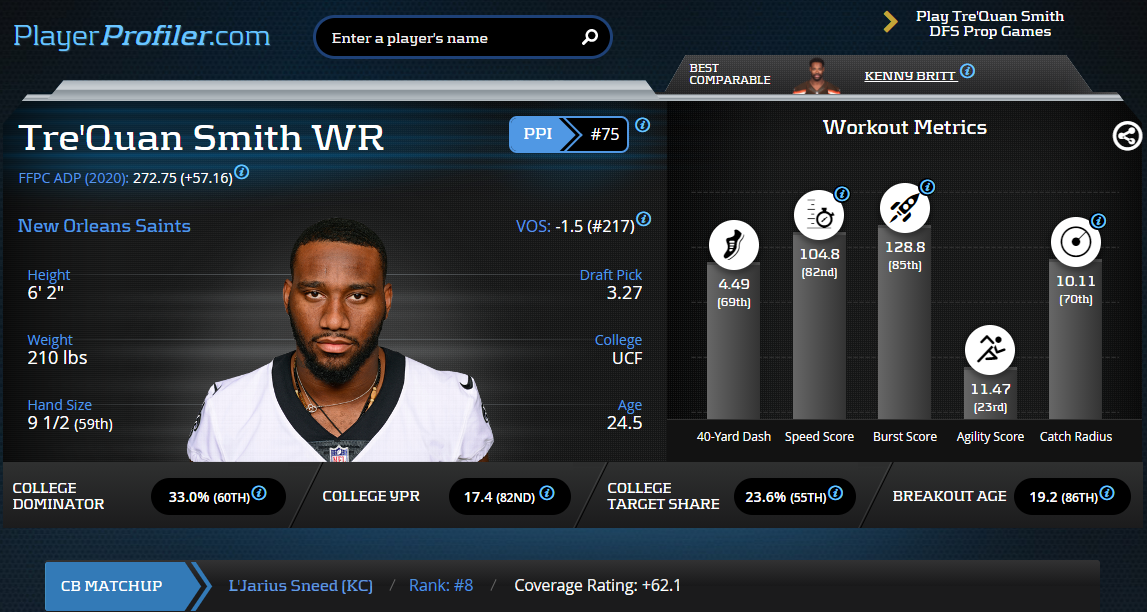 With Samuel out in San Francisco, expect more love thrown Brandon Aiyuk’s way. Speaking of Brandons, the Cincy quarterback is out for Monday Night’s game against Pittsburgh, making Ryan Finley the starter. Avoid all Bengals; Finley is a disaster. As for disasters, Washington is hoping that Dwayne Haskins won’t be one this Sunday when he steps in for the injured Smith. Have faith.

No “Rudolph the Redzone Reindeer” means big things for Irv Smith come Sunday. In his return last week, the second-year tight end went for 63 yards and a touchdown on four catches. However, third-stringer Tyler Conklin is a name to watch. Rudolph’s departure in the offseason could mean a bigger role for Conklin in 2021. Stash him on those dynasty rosters.

Gibson’s chances of suiting up Sunday are pretty slim, but as Lloyd Christmas would say, “So, you’re telling me there’s a chance?” It seems much more likely he returns in Week 16. In his absence, Peyton Barber and J.D. McKissic will fill in again. The pair seemed to limit each other’s upside last week.

Elliott seems likely to play this week, but reports should be monitored before game time. Tony Pollard would make for an excellent play if Zeke misses any time (stating the obvious). Conner, on the other hand, seems iffy and plays Monday Night. Between his health, the lack of productivity recently and playing Monday, fading Conner may be the best solution of all. If Edmonds sits out, do we finally get to see Eno Benjamin in action? Just a reminder:

As previously mentioned, the Miami backfield is in a bit of trouble at the current moment. If Ahmed suits up, that would be a huge boost for quarterback Tua Tagovailoa and the offense. He was productive in Weeks 10-11, scoring 12-plus PPR points each week. In Houston, the Texans will get their starter back in David Johnson. The Duke was rather disappointing while in relief, and his absence would not be missed.

It’s never a good idea to get too cute during the fantasy football playoffs. However, injuries can always lead to tough decisions, even risky ones. The best a fantasy manager can do is evaluate each situation as best as possible, and make the call they feel most comfortable with. Oh, and make sure to keep up with each edition of The Infirmary, of course. That is key.