RotoUnderworld is proud to announce that running backs are now featured in the Breakout Finder, and the 2.0 update features new metrics: College Target Share and RB Receiver Rating.

Take the guesswork out of fantasy football dynasty and devy league rookie drafts and play with more confidence than ever before by putting contextual & predictive running back and wide receiver prospect data points at your fingertips. Compare prospects, identify likely breakouts, and most importantly, avoid busts in your rookie drafts with the following key features. 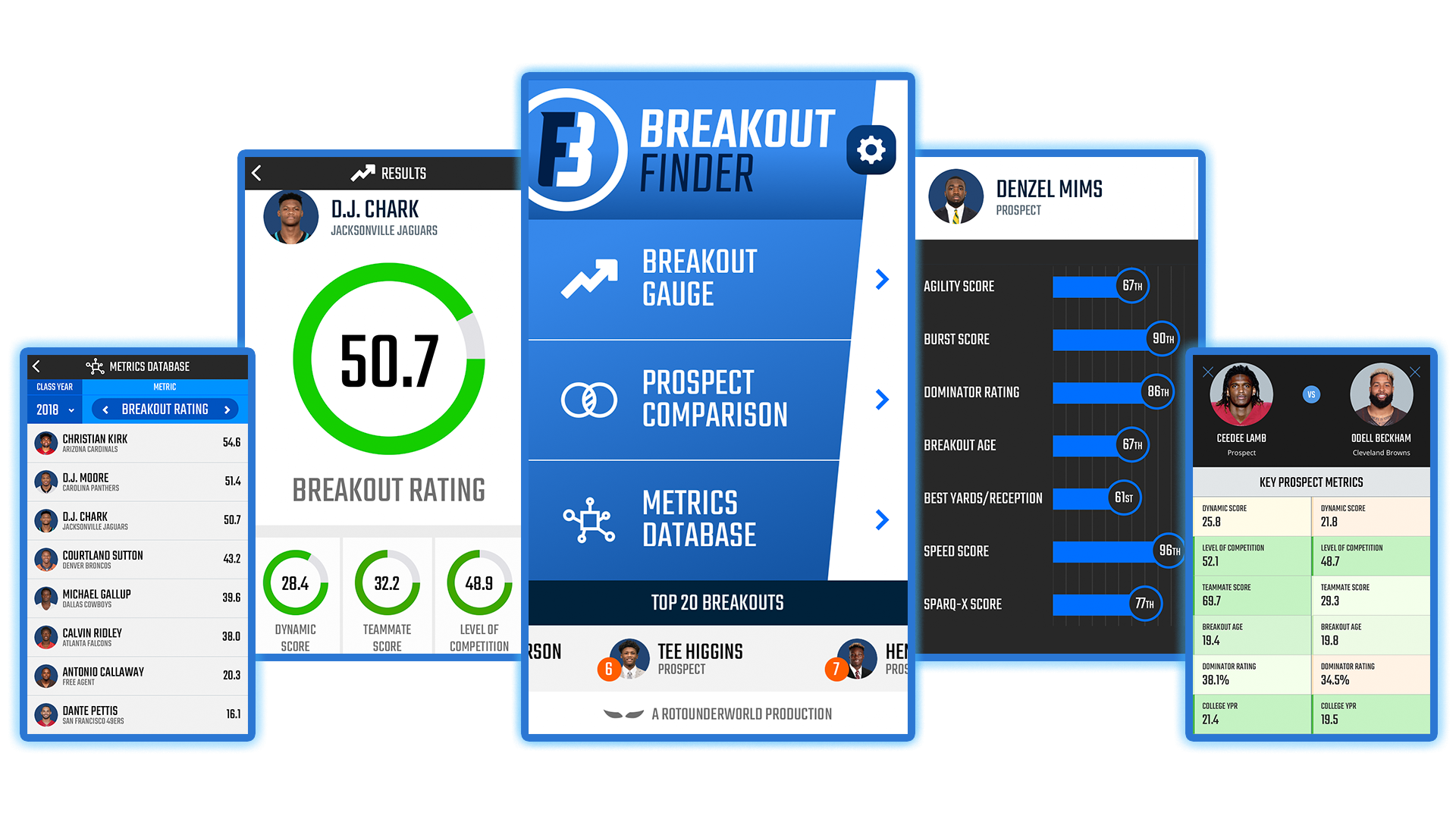 Take prospect evaluation and decision making to the next level with Breakout Finder’s interactive player comparison tool, which unifies the metrics that matter most within an always-updated talent heat mapping system.

Get the Breakout Finder in The App Store:

Mine value like never before by easily toggling through Breakout Finder’s comprehensive wide receiver database featuring a robust index of advanced stats on players of the past, present, and future from Calvin Johnson to Chris Godwin to Najee Harris

Get the Breakout Finder on Google Play: