After watching the San Francisco 49ers pay the price for the third overall pick in the 2021 NFL Draft that the Carolina Panthers wouldn’t, and with Deshaun Watson no longer remaining a desirable trade option due to ongoing legal problems, the Panthers settled for Plan C and packaged multiple picks for Sam Darnold. The Panthers sent a 2022 second, a 2022 fourth, and a 2021 sixth-round pick to the New York Jets to secure the services of the NFL’s resident Cole Sear.

Will he continue to see ghosts or can he take advantage of the second chance provided by the Panthers? What does comparable historical trade compensation say about his franchise quarterback upside? Is the “Adam Gase Effect” a coach-centric narrative or is there support from the advanced stats and metrics to show why players succeed after leaving Gase-coached teams? In dynasty, what are we doing with Darnold and new weapons D.J. Moore and Robby Anderson?

Sam Darnold‘s fifth-year option was exercised by the Carolina Panthers when they acquired him. This guarantees his $18.86 million salary for 2022, giving him two seasons in Carolina to get his career as a starting quarterback back on track. 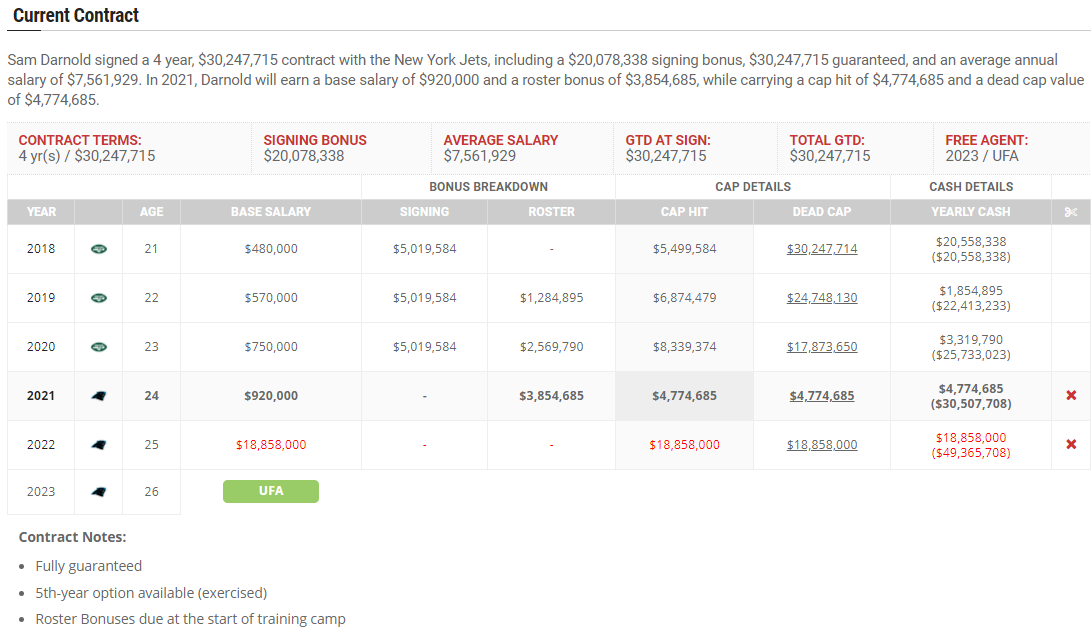 Despite picking up Darnold’s fifth-year option, the team’s commitment to him as the starter may be brusque. Almost two years ago, the Miami Dolphins acquired a former first-round quarterback in Josh Rosen for a second and a fifth-round pick. That trade compensation resembles what the Panthers gave up for Darnold.

The Dolphins acted quickly and replaced Rosen the following year in the draft when he fizzled. It’s no secret that Panthers owner David Tepper covets acquiring a franchise quarterback. If Darnold and his league-worst among qualified quarterbacks -67.40 EPA does not improve in his new destination, expect the Panthers to follow Miami’s lead and move on as soon as possible.

Damien Williams. Kenyan Drake. DeVante Parker. Ryan Tannehill. Robby Anderson. Is it a coincidence that players that escape the hoosegow of Adam Gase-led franchises immediately turn their careers around? The Fantasy Football Colossus will fire me if I make coach-centric statements, so instead let’s pivot to the advanced stats.

Anderson was pigeonholed into the vertical, deep-threat role when he entered the league after blazing a 4.41 (91st-percentile) 40-Yard Dash. In his final season in New York, he averaged 10.0 (No. 54) Fantasy Points per Game with a 15.2 (No. 8) Average Target Distance. It was assumed that would be his role in Carolina last season, while D.J. Moore would be utilized in the slot and on short-to-intermediate routes. How’s that saying go when people assume? 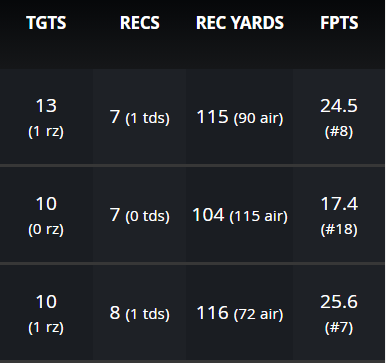 What is the significance of Anderson’s role change when he joined the Panthers offense? Sam Darnold has a knack for preferring his short-distance options to his deep targets. When Anderson was on the Jets in 2019, it was Jamison Crowder that finished as the better fantasy option averaging 12.4 (No. 36) Fantasy Points per Game, with an 8.0 (No. 91) Average Target Distance. Crowder has finished with back-to-back top-10 seasons in Red Zone Target Share. In 2019, he had a 24.7-percent (No. 14) Target Share with a 16.0-percent (No. 15) Hog Rate. He started last season with three consecutive games of 10-plus targets, seven-plus receptions, and 100-plus receiving yards. 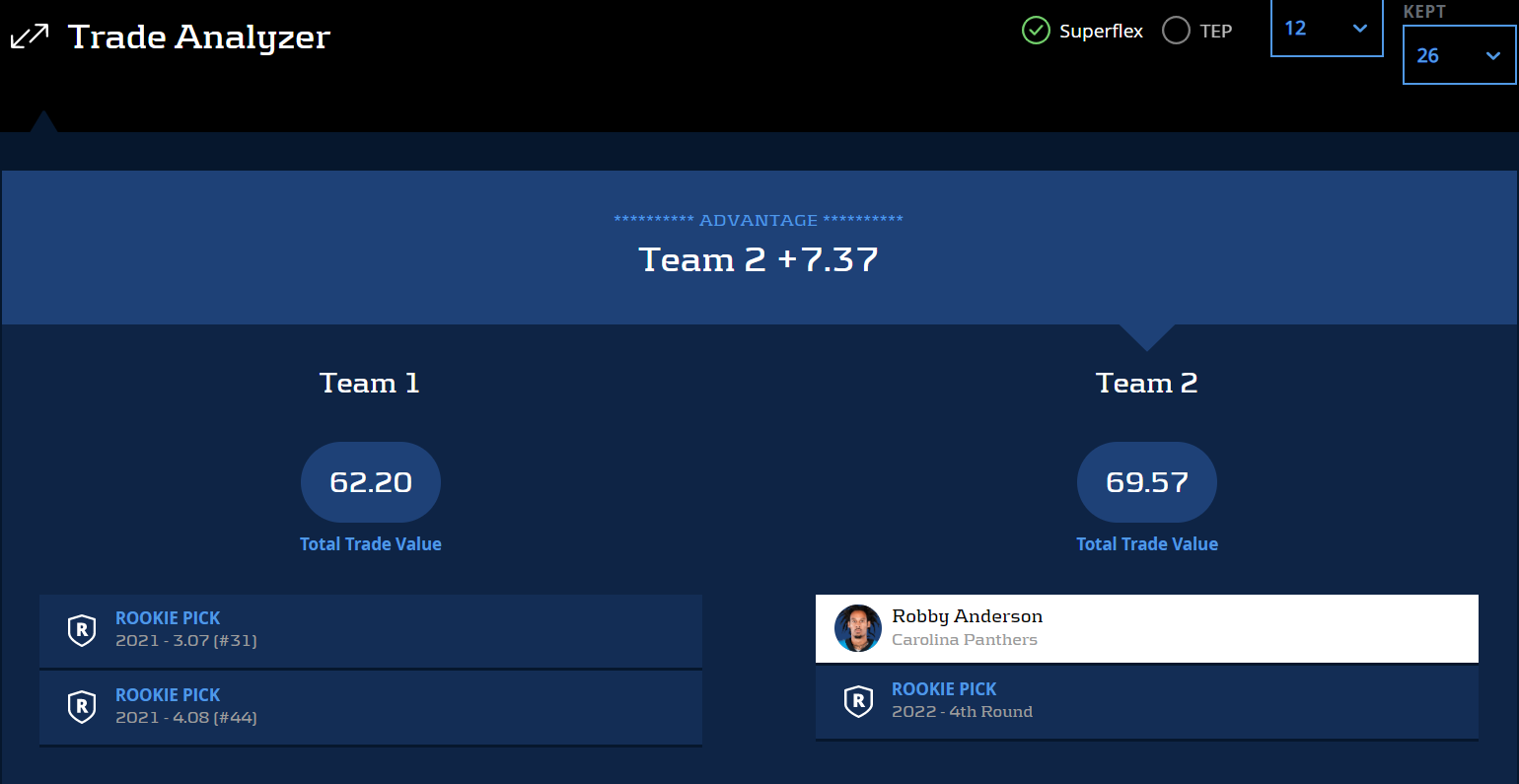 He finished last season with 95 (No. 8) Receptions and 1,088 (No. 13) Receiving Yards. And yet, someone traded him away for *checks notes* a third-round rookie pick in 2021? PlayerProfiler has 24-year-old D’Wayne Eskridge slotted to go in the middle of the third round in rookie drafts. Anderson was 24 years old during his second NFL season back in 2017 and scored 200 points on the dot that season to register an NFL breakout according to Breakout Finder. Why draft a rookie hoping he has an Anderson-level season in his career when Anderson, coming off a career season, will turn 28 years old? 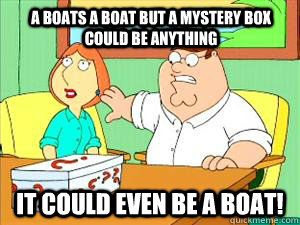 The Allure of the Mystery Box

Sam Darnold should be traded if fantasy football managers can capitalize on the perception of his increased dynasty value. The parallels of the trade compensations for Darnold and Josh Rosen are alarming. On top of that, what upside does Darnold have in fantasy football? Not only does he offer nothing in the running game by averaging 3.1 (No. 27) Carries per Game in 2020 and registering one (No. 44) Red Zone Carry. But his lack of mobility contributed to a 34.4-percent (No. 28) Pressured Completion Percentage despite 1.62 (No. 13) Receiver Target Separation mark.

D.J. Moore building his case as this generation's Andre Johnson/A-Rob in terms of playing with bad QBs:

Also had 4 different QBs in final season at Maryland. Sheesh.