Get the Dynasty Dominator App for iPhone and Android Devices 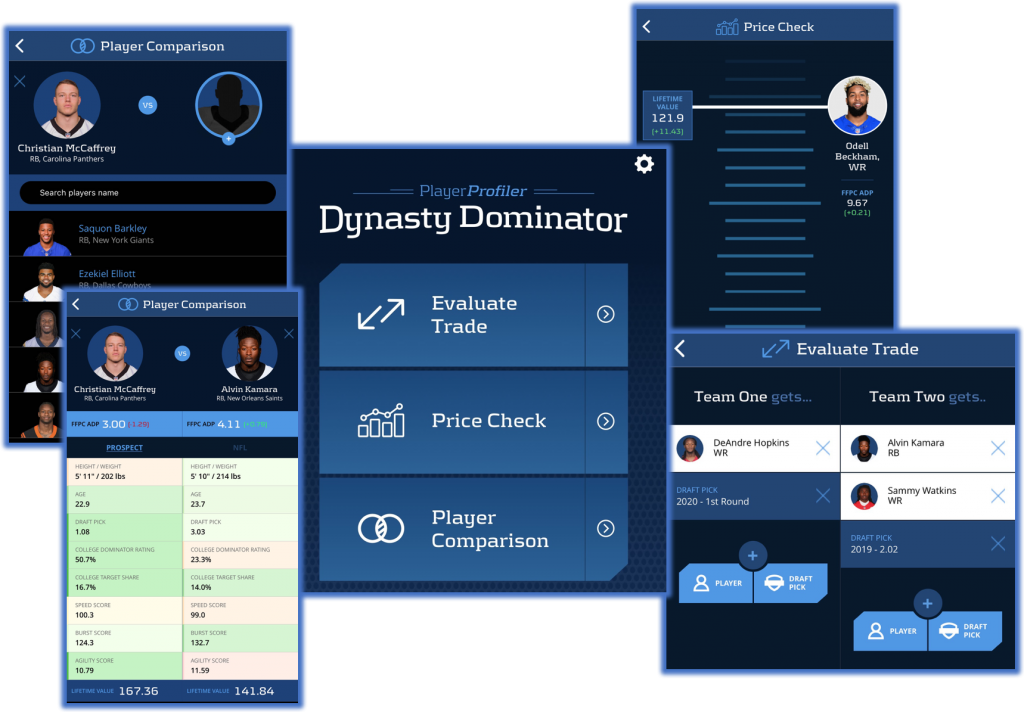 Get the Dynasty Dominator in The App Store:

Set up a golden loom of accrued dynasty roster value with PlayerProfiler’s highly anticipated Player Comparison Matrix that juxtaposes advanced prospect profiles and the NFL metrics that matter most to create the next generation talent heat mapping system.

Get the Dynasty Dominator on Google Play:

What are app users saying?

“I wanted to personally thank you and your company for all of the hard work you put in to help Dynasty players like myself. Just strictly abiding by your app, I have been able to build an extremely impressive dynasty team which I believe will be able to propel me to championship contention for years and years to come and I look forward to supporting you for years and years to come.”
-Raymond C.